Vortex is a copper, molybdenum and gold project, located 25 kilometers west of Murdochville with 40 claims and having an area of 24 square kilometers. This project is seperated in two blocks Sullipeck East where a discovery of 29m @ .94 % copper at 5.20m from surface was announced in 2012  and Sullipeck  which a 43-101 resources calculation was done February 2017 1844 Resources portion 2,240,000t@1.09% Cu for 24,000 tonnes Cu. The other portion of the resource is within Glencore/Soquem portfolio of properties.These properties hosts a similar geologic environment as Gaspe Copper Mine. Additionally, geophysics and soil surveys were completed in 2012 and 2013.

The Vortex Property is located inside the tectonic province of the Appalachians in the Gaspé Peninsula, specifically in the south of the McGerrigle Moutains, and is part of the NTS 22A13. Comprising 40 mineral titles, it is subdivided into five adjacent blocks: the Sullipek block and  the Sullipek-East block.
The property overlaps the sedimentation units of the Siluro-Devonian age that were affected by the Acadian orogeny. The latter is responsible for the regional structures, namely the open folds facing E-NE with an EW-trending general attitude of the sedimentation units, and a dip between 10 and 45 degrees toward the south. According to the nomenclature (Wares, 1988), the rocks in this region may be grouped into three separate units. From bottom to top, they are: Le Groupe de Chaleurs, Les Calacaire Supérieur de Gaspé and Les Grès de Gaspé. This association of rock types are unconformably deposited on Cambro-Ordovician rocks that belong to the Supergroupe de Québec.
Two faults of regional scope appear: a) the Chic-Chocs fault, EW-trending and b) the Madeleine River fault, facing NE-SW. South of these regional faults, an unidentified series of parallel faults, facing NE-SW, are interpreted. NS and NW-SE fracture networks, and a NE-SW network that is far less well defined, have had powerful control on the location of magmatic intrusions vein in the region.
Other than the plutons of McGerrigle Mountains, Vallières de Saint-Réal and the sill of Mont Hog’s Back, intrusions generally appear in the form of EW-trending sills or dykes facing NW to NE. All these intrusions are of the syn to post Acadian ages, namely Middle Devonian to Late Devonian and are part of the Lemieux intrusive suite.
Metasomatism would have been affected by large volumes of rocks inside the metamorphic aureole of the McGerrigle Mountains. Metamorphism has transformed limestone into marble and siltstone into lime silicate hornfels, whereas metasomatism has modified marbles and hornfels into skarns and porcelanites. These two types of transformations are quite different, as the vast majority of mineralized occurrences observed in the area seem connected to one or several metasomatic hydrothermal systems.
Sullipek East showing Data 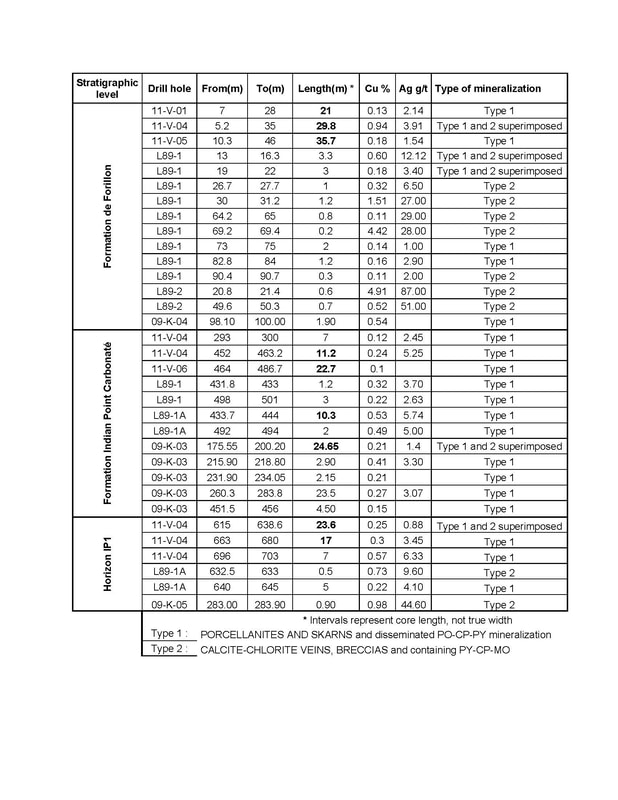 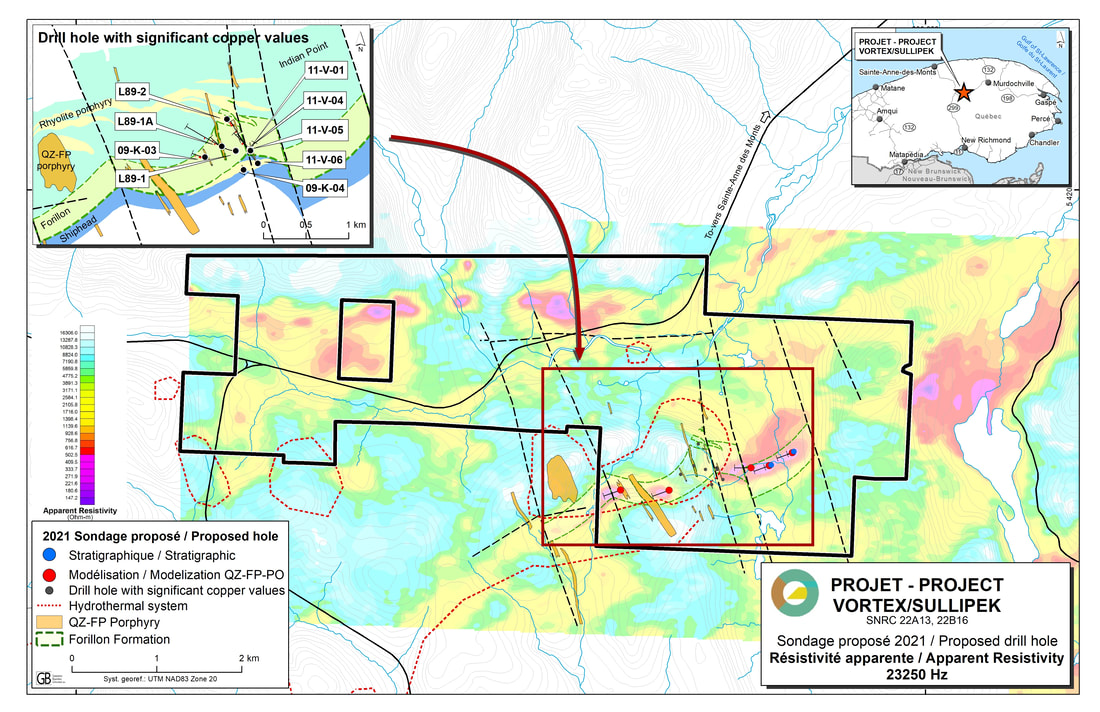 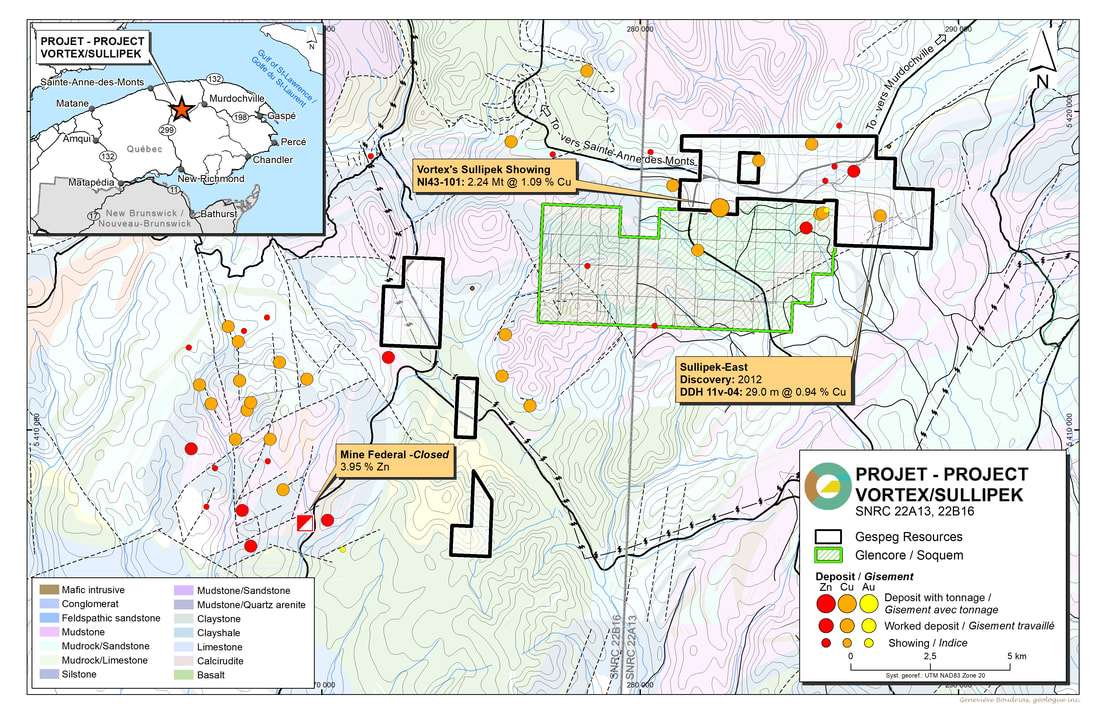 National Instrument
​43-101 Sullipek Project (PDF)﻿﻿
DOWNLOAD
​Qualified Person: Bernard-Olivier Martel, P. Geo, the Company's Director of Exploration, is a qualified person (as such term is defined in National Instrument 43-101 - Standards of Disclosure for Mineral Projects) and has reviewed and approved the technical disclosure contained in this page